Share to FacebookShare to TwitterShare to Google+Share to LinkedInShare to PinterestShare to EmailPrint this page
CHCA Presents "The Musical Adventures of Flat Stanley JR."
Tammy Rosenfeldt
1/19/21

Everyone's favorite two-dimensional hero plays out his adventures on stage in this show. Stanley Lambchop is your ordinary, everyday teenager, wanting to do something amazing with his life. After making a wish on a falling star at a slumber party, the bulletin board above his bed falls right on top of him. The next morning, Stanley wakes up flat! And that’s where Stanley’s amazing adventures begin; he is flown like a kite, stamped, posted, and mailed from Hollywood to France to Honolulu! The show was full of fun songs, characters, and a great message: Experiencing amazing places and things is fun, but in the end, the best adventures are the ones we share with the people we love. 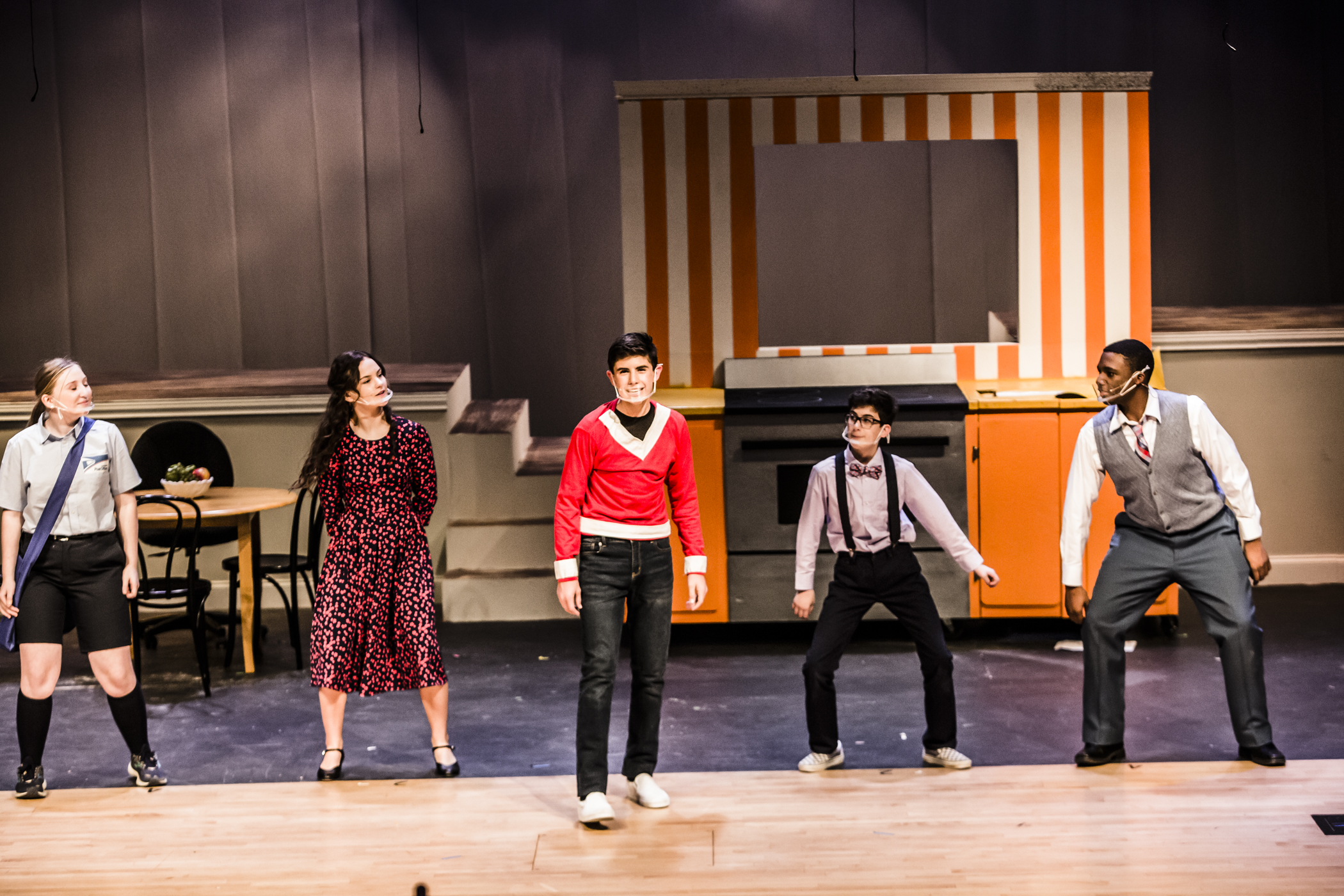 After seeing the show, audiences remarked that it felt so good to laugh! The quirky and endearing musical, based on the book Flat Stanley by Jeff Brown, began by introducing the audience to the lovable Lambchop family: Dad (Blake Sisney), Mom (Georgia Myers), Stanley (Sam Saxby), and little brother Arthur (Brady Iskandar). After meeting this talented ensemble, audiences knew they were in for a treat!  At bedtime, Stanley wished on a falling star for adventure and significance. Using very creative set design, Stanley gets squished by his bulletin board (Abby Null)!  His energetic slumber party friends, (DeJ McClure, Manuela Bernal-Viana, Sophia Thompson, and Beckham Romanello) discover that Stanley is now flat! The family tries to come to terms with Stanley’s flatness in "My Child Is Flat"! 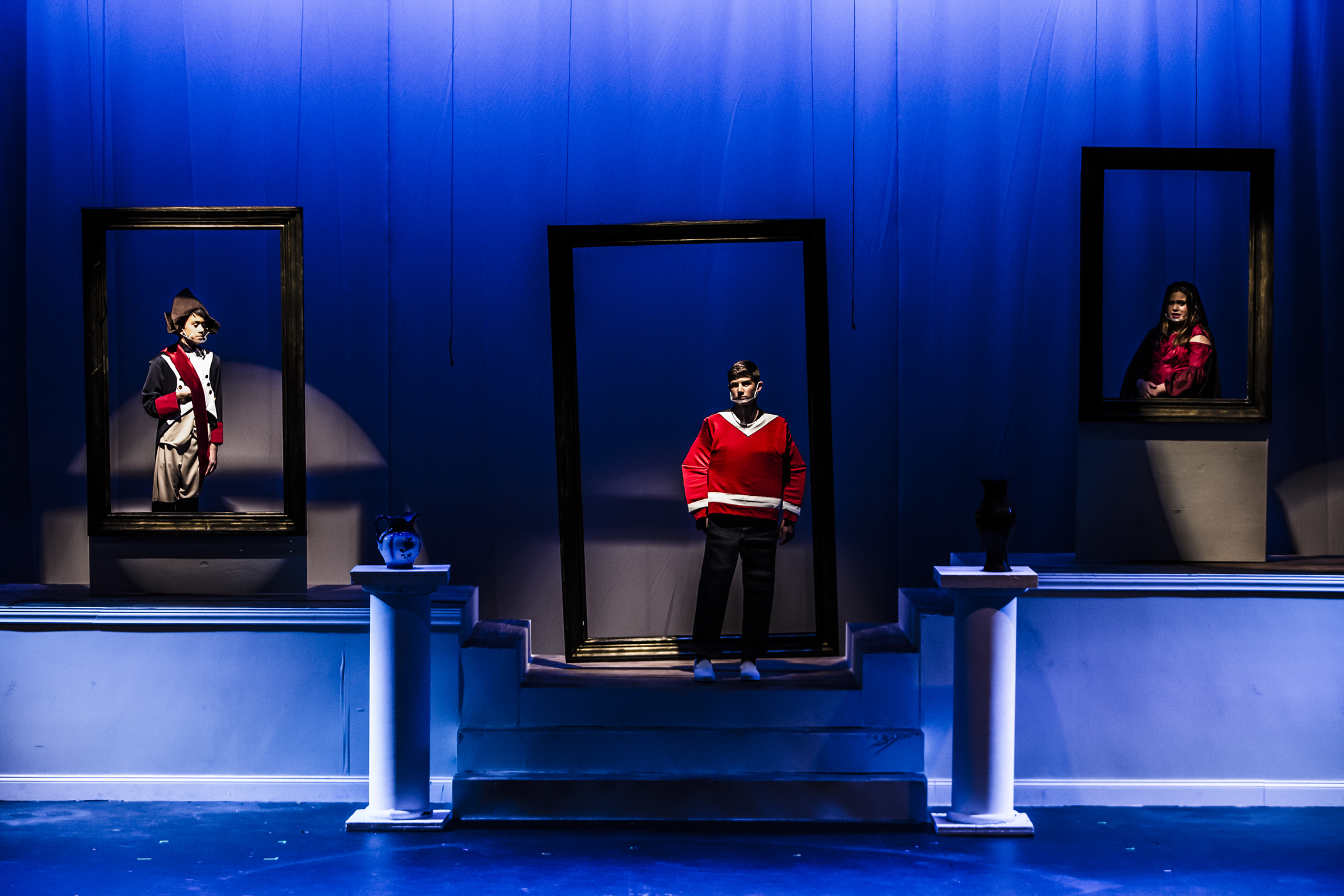 After a hilarious visit to Dr. Dan (Wyatt Elma) and Nurse Beatty (Lucy Beatty), the Lambchop family learns that Stanley is diagnosed as…flat! The local mail person, Mrs. Cartero (Kelsey Espenshade), teams up with the show’s ensemble to convince Stanley to embrace his flatness and to go on an adventure by “Traveling Through the Mail”. Colorful sets and creative costumes enhanced Stanley’s adventures to Hollywood, Paris, and Hawaii. The cast members shone as they brought each scenario to life. Live paintings of Napoleon (Wyatt Elma) and the Mona Lisa (Sabrina Thompson) combined with the frazzled O.Jay D’Art (Stephen Tait) to set the comical stage for Stanley to stop an art thief in The Louvre Museum. In Hawaii, Stanley stars in a surf movie…as the surfboard!  Bikini Wahini (Maria Bernal-Viana) energizes the scene as she and the ensemble perform a big beach number, “Surfin’ the Mail”. 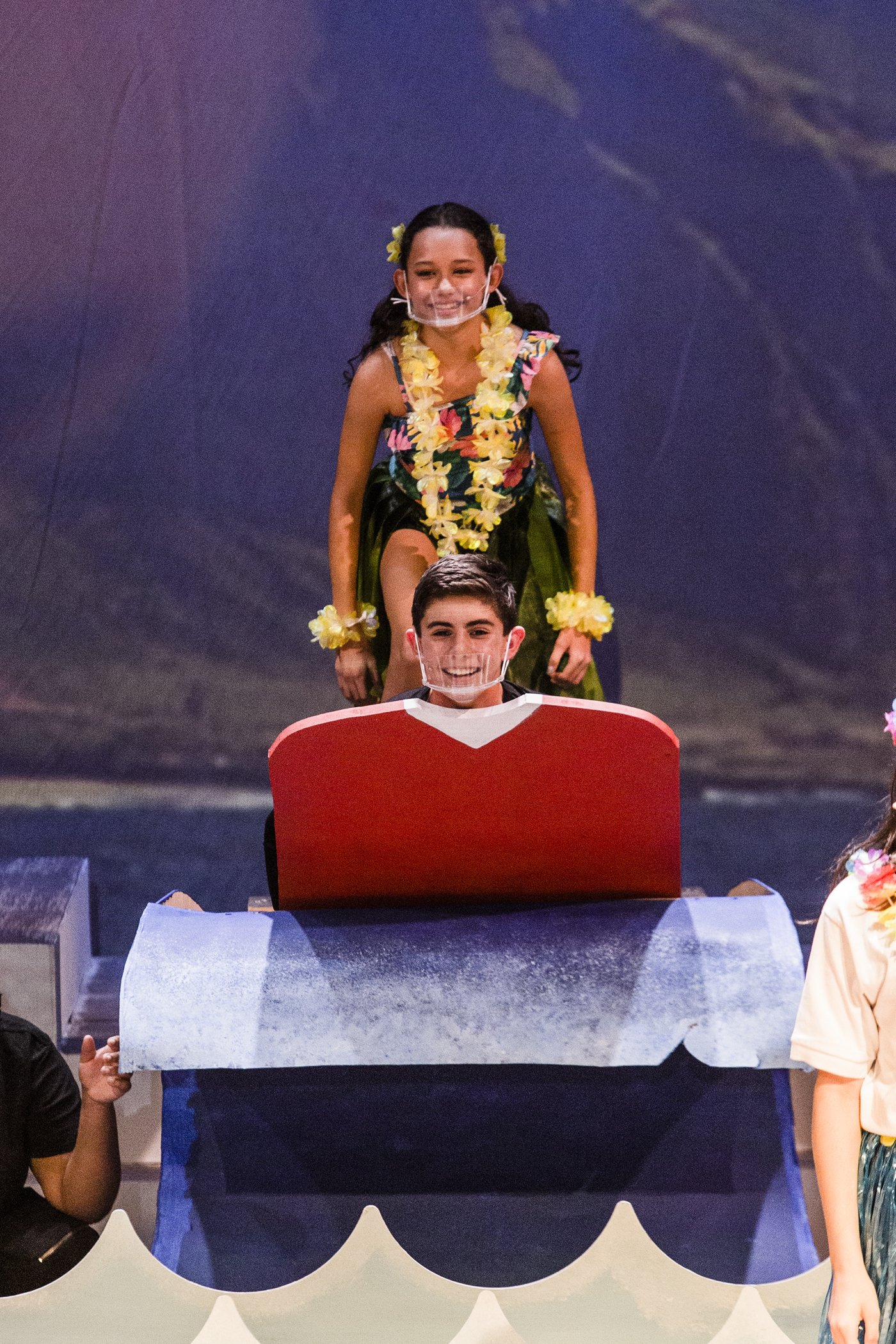 Although Stanley’s dreams of traveling and significance come true, he eventually concludes that “adventures are great but what’s the point if you can’t share them with the ones you love”.  He returns home to the Lambchop family who missed him very much!  The show wraps up with the full cast reminding us to seek adventure and that our dreams, too, can come true!

Director Anna Brink shared, “I am so proud of the cast and crew in Flat Stanley! The show was fantastically funny and entertaining, and they truly embraced their characters. There is no doubt they gave it their all — even with all of the COVID-19 precautions we had to take this year, they were such troopers. Thankfully, with everyone’s cooperation, not a single student was missing from any of the performances due to illness or quarantine!”

This production was filled with fun and laughter and kept a continuous smile on everyone’s faces as they enjoyed a much-needed evening of laughter and lightheartedness!

tdg Facilities works diligently behind the scenes for school