Based on the Parable of the Prodigal Son, this contemporary version follows adopted daughter Mia’s messy journey after deciding to leave her home, sister, and father. Featuring both entertaining and thought-provoking songs influenced by musical theatre and pop and a variety of characters Mia meets along the way, this inspirational musical challenges what it means to be reckless.

“What a great experience to debut Susan Jung’s original musical on our CHCA stage,” shared CHCA Fine Arts Director Mona Summers. “While we have known she is a very gifted director and choreographer, we now know she is also a gifted librettist. Susan’s gripping story of a prodigal daughter was filled with contemporary issues, deep emotions, and redemption with music that was both memorable and beautiful. Having one of our alumni, Carter Jackson, collaborate with Susan on the orchestrations added to this exciting debut.” 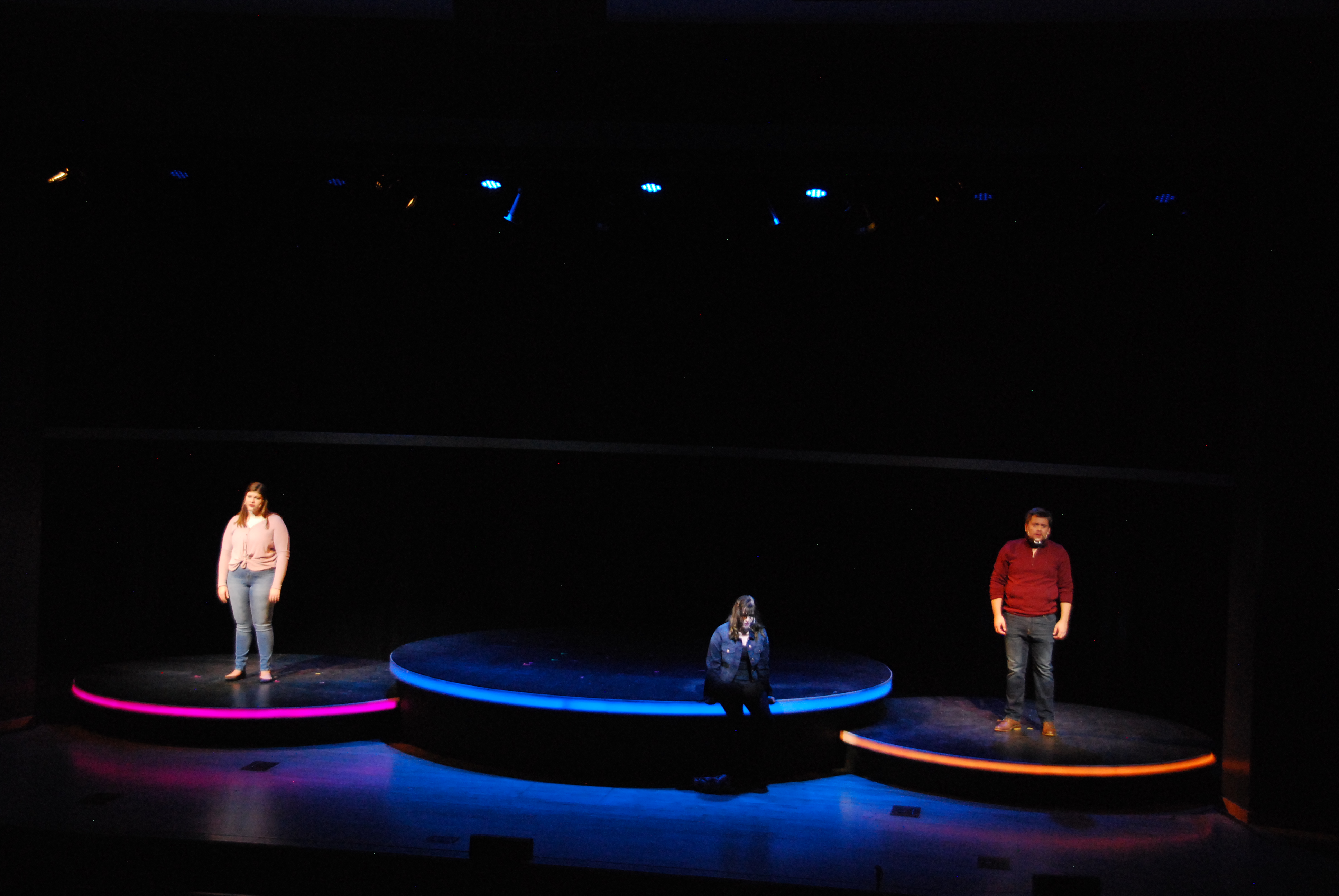 Senior Kate Shields played the role of Mia. She beautifully portrayed the character who goes through heart-wrenching life experiences, connecting the audience to what the lost daughter was truly feeling on her journey. Playing her sister Caris was the talented senior Mackenzie Carnes, following her own journey as the faithful daughter who deals with her own struggles in their family dynamic. Completing their family was their father Jesse, played by guest actor Gabe Hoyer ’15, who brought audiences to tears with his portrayal of a father who would do anything to bring back his child. Shields, Carnes, and Hoyer were captivating throughout the entire show, emotionally closing the first act with the song “Contemplation”. 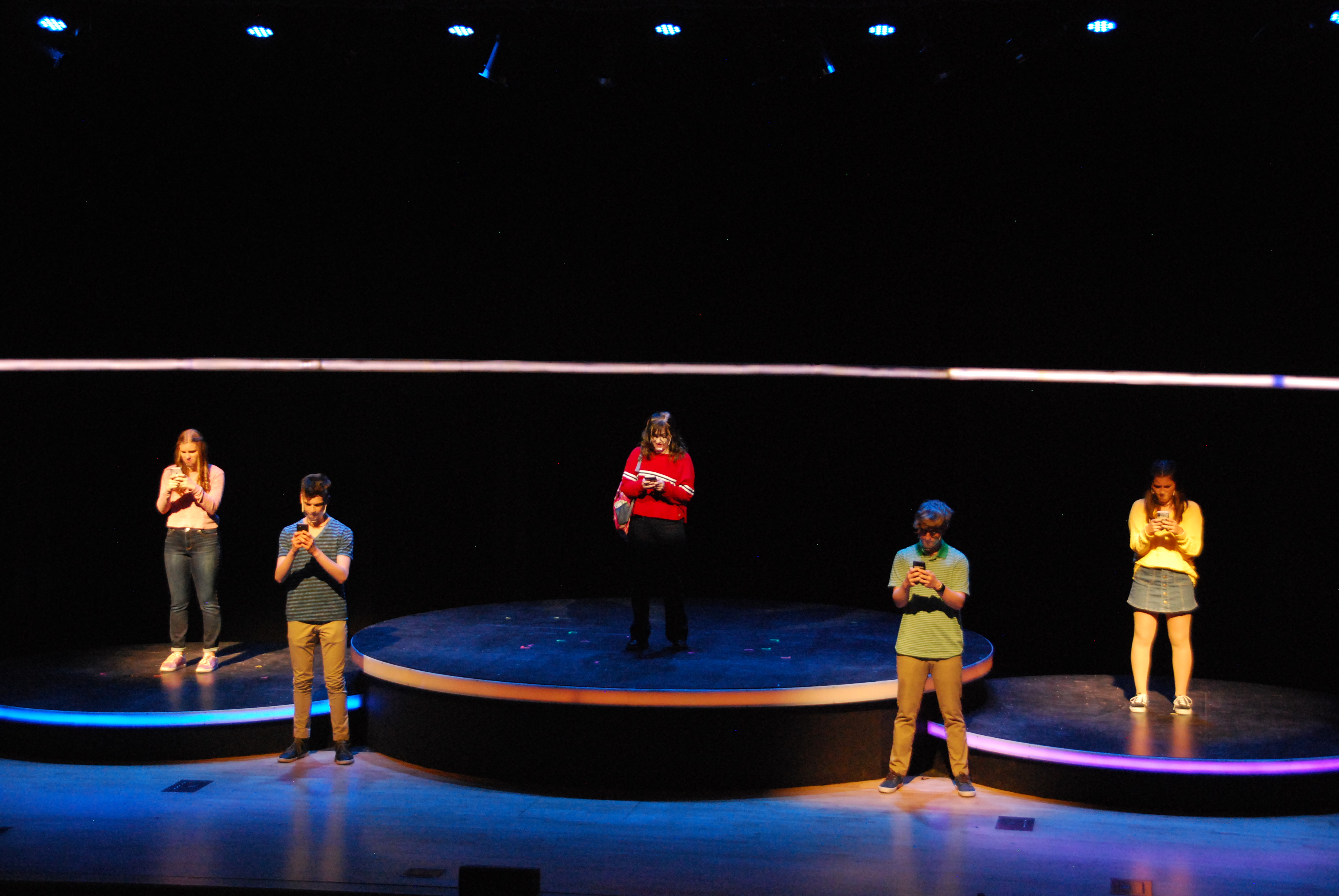 As the story follows Mia’s journey, many notable characters brought intrigue and delight to the show. Juniors Hailey Williams, Claire Mitchell, Henry Heimlich and sophomore Tyler Gage played Mia’s friend group, with fun – and sometimes not so fun – interactions. The show was occasionally interrupted by “ads”, with a particularly unique one called “Awkward” by the delightful senior Eva Milligan and junior Bella Randle. Senior Chloe Griffor had a fantastic second act opener in “Keep Looking Up,” while junior Colin Swayze and senior Gianna Rodriguez delighted the crowd with “What I Do”. Bringing humor and charm to the story was “Superheroes” performed by the hilarious troupe of freshmen Tobi Aina, Natalie Hudepohl, Noah McRedmond, and Andrew Parrish. 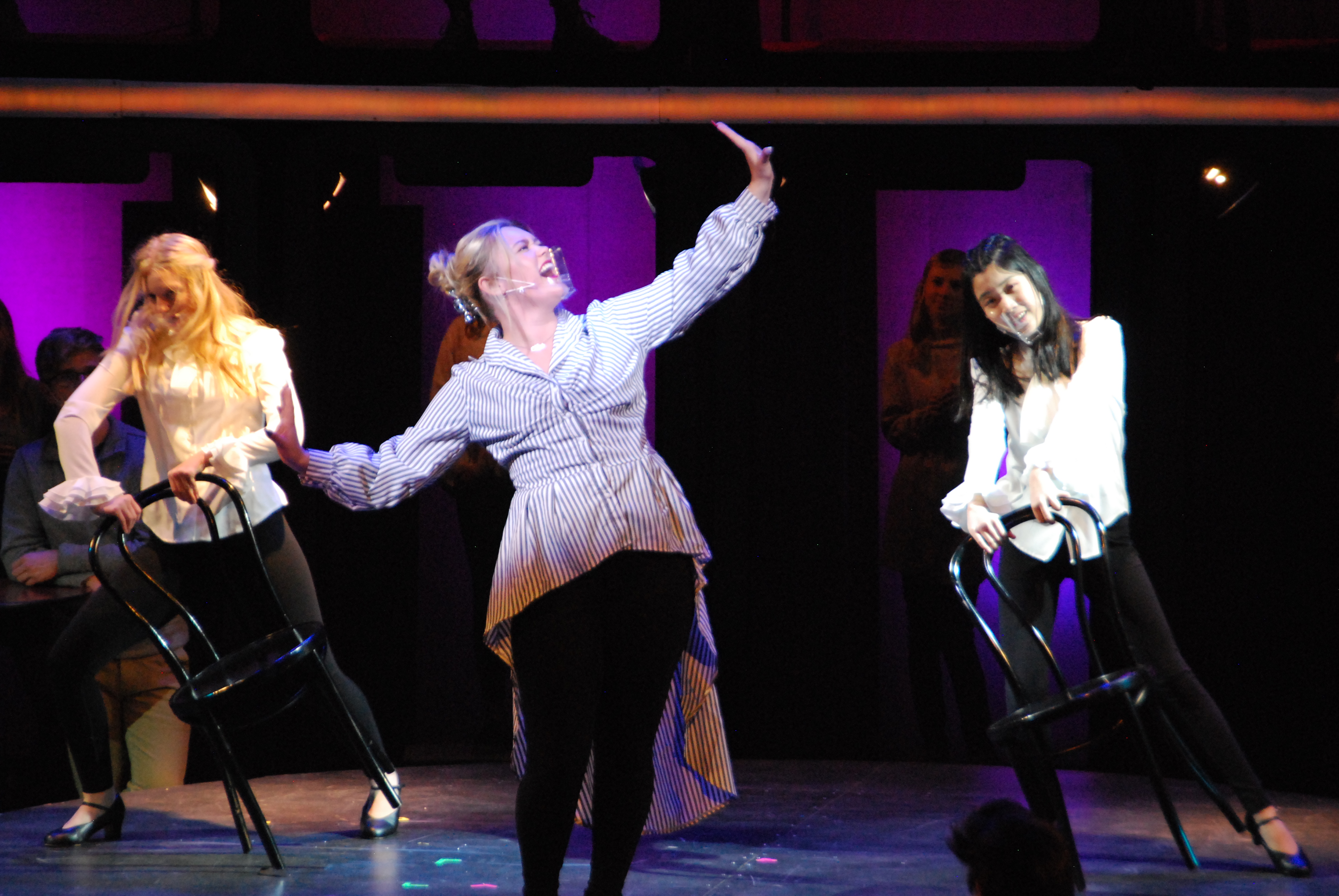 Jung was not afraid to have the show deal with a high level of emotional content. Mia’s story, true to the parable, takes her to some very dark situations, particularly in a tragic scene with characters Jett and Devin, played by seniors Jireh Burton and Matthew Saxby respectfully. But through all the trials Mia faces, there is a happy ending. As Jung shares, “Spoiler alert – it’s a love story.”

This story is for…

- every teenager who has cried, “I am waiting here with You. Help me understand it. In my mind I’ve been neglected. I’ve expected someone else to notice something’s broken.”

- for every parent who has said on their knees, “How long will I deny it? I have nothing left but my faith in You. In my weakness, You are strong.”

- for anyone who has ever made a mistake and thought it was too late for redemption.

The story for everyone is – “You are loved.” 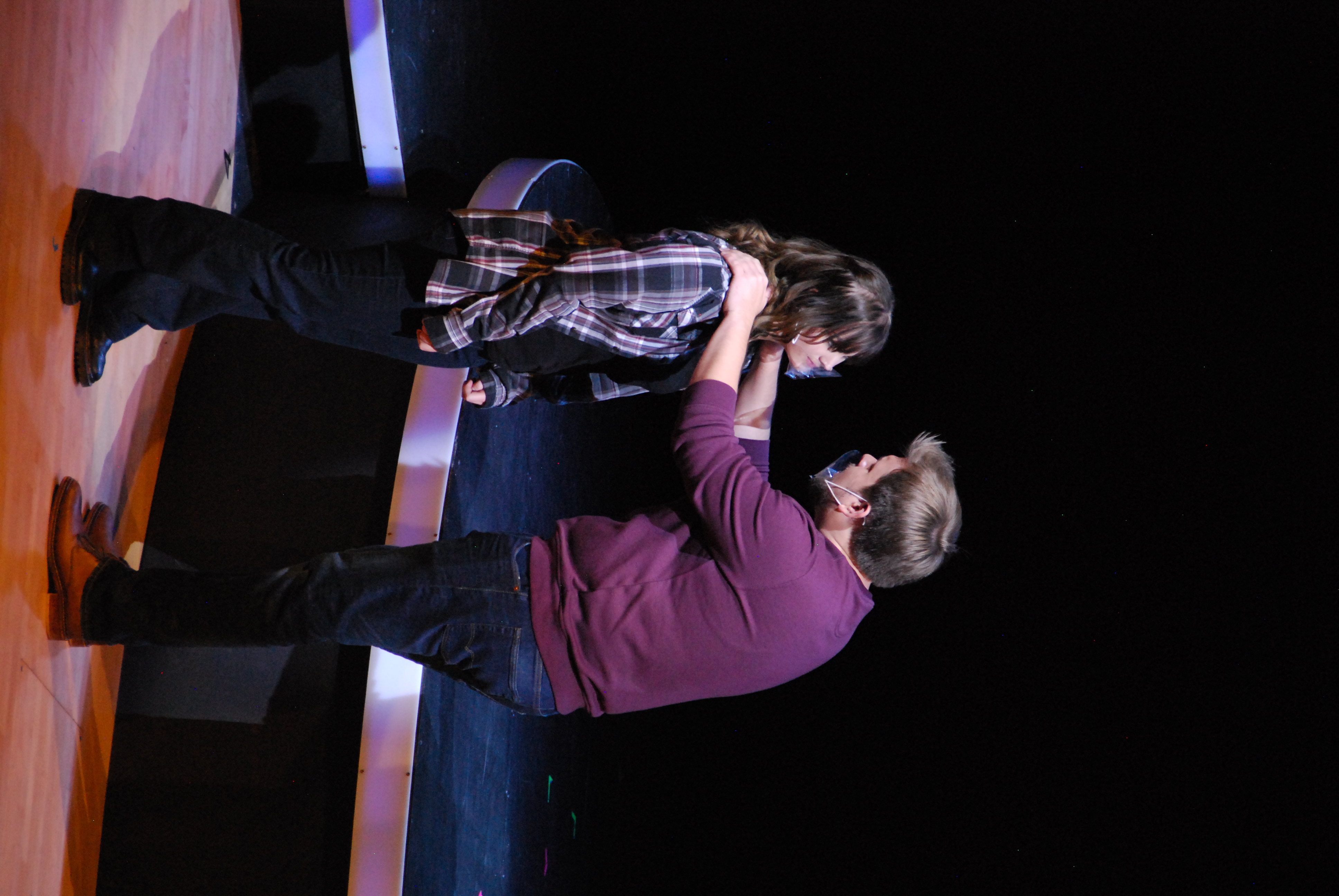 Jung shared these thoughts in the program:

“I feel honored that God would create time, space, and an outlet for me to make sense of the hard things of my life. Honored that this school would support a brand-new work, unseen and unheard. Honored that these amazing students would be so encouraging to me and excited to bring an unknown show to life. And honored that a little girl who grew up dreaming she would be on Broadway has been given so much more than she thought she wanted. God has been writing my story this whole time.

I am dedicating this show to all of the teenagers I have met over the years, the ones I have yet to meet, and the ones I will never encounter. But this story isn’t just for them. It’s for anyone who needs to be reminded that there is One who is writing your story."

Tickets were limited to cast members’ families, however the show will be streamed live on November 28th at 7:00 p.m. Get your tickets and access here.

tdg Facilities works diligently behind the scenes for school